2011 was a rough year for Code Red as titles like NIGHTMARE didn't even sell the amount people on the web boasted it would, and I simply can’t keep all titles in print indefinitely. Some titles will never be re-pressed again; that’s a hard fact. In 2012, Code Red started selling direct as we eliminated the middleman and letting the stores get 60% off, and sales were very small, but still, getting the entire amount proved to be a success overall and kept the company alive. The first title, GHOSTKEEPER, proved to be a success, although later titles like THE BABYSITTER proved to be flops, but several titles like RETRIBUTION and PEOPLE WHO OWN THE DARK seem to be doing well. So direct sales is where we will continue for now. We had some new titles at the tail end of 2012 like DEVIL'S THREE, HEATED VENGEANCE, and SINNER'S BLOOD, but also re-pressed THE VISITOR, NIGHT OF THE DEMON, WITCHMAKER, and JULIE DARLING. Some of the represses did okay, but some did very little business, so repressing doesn't seem overall to be heading towards the right direction for survival. People have to realize that Code Red is not a multi-million dollar company like others and can't keep these things in print forever, so if you want them, buy them now. 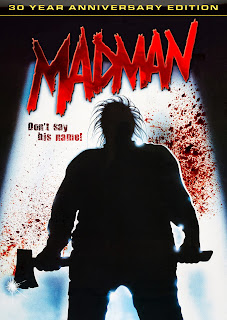 That sucks titles like Nightmare sold so poorly! I saw the trailer on youtube and it looks like a perfectly good movie. Hopefully you can stay afloat even though like you said some titles can't stay in print forever. Somebody was nice enough to sell me a brand new unopened copy they had of Nightmare and one of the Redeemer. Had to pay a little more since they were both OOP,but it was worth it and had a little more money at the time. I think I bought most of your new 2012 titles and even most of the represses just to help get dvds sold,but of course they're all perfectly good movies just not for mainstream movie fans. I hope you can stay in business and keep finding more great retro drive-in style movies. Amazon.com has been helpful in having some of your OOP titles like Pets,but again I did have to pay a little more,but I had a little more money at the time,so it was worth getting that rare movie. Some reviewers don't seem to get that the Pets dvd really isn't a cut version. If they add up the run time of the print on the disc and the damaged deleted scene that makes up a 103 minutes which is the full run time.

I'd love to see Unhinged and Stark Raving Mad with the Don Gronquist commentary track! :-D

Wait!! how about pressing this to Blu and making this your first Blu release?

Just reread part of this blog post. Sounds like you're going to have to keep coming up with new releases to stay afloat is what you were trying to say? You mention represses not doing so well? It's sad that people aren't buying represses,but I'm thinking maybe the majority of the people that say they want such and such repressed really do? You have to be careful with these message board fans. If they're constantly complaining, they're probably just fanboys and not real fans of what you're selling.

Instead of doing repressing couldn't you do some kind of on demand pressing like MGM is doing with it's back library?

Seems if there's a limited demand, (but still some demand), for titles you've already released and maybe some of the more iffy title you've got lined up this would be the way to go with them...

Now this is just crazy. Obviously Madman has since sold out. I thought i had already bought it through Amazon. I obviously had'nt. Too many films i can't keep up. Now its OOP & prices have skyrocketed to over $80 on eBay. If HD version is available maybe a limited run on Blu.