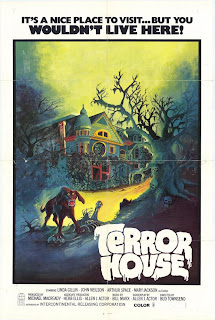 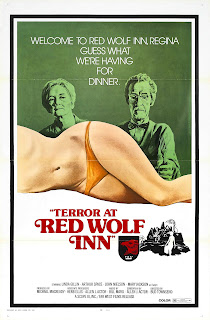 CODE RED signs a deal with producer Michael Macready (COUNT YORGA, VAMPIRE) for the first authorized DVD release of the 1972 cult classic THE FOLKS AT RED WOLF INN, which was later re-released in the 80's as TERROR HOUSE. (Siskel & Ebert gave the film "DOG OF THE WEEK"!) Linda Gillen, Janet Wood and Margaret Avery star as three girls who win a contest for an all paid vacation at a waterside inn that holds a very dark secret....CANNIBALISM! It’s a tongue in cheek comedy-suspense-horror film from the 70’s in the mold of drive-in fare like American International. This release will present the film for the first time UNCUT! Code Red has made many recent announcements that didn't seem to cut the mustard with kids at the message boards, but hopefully a little nostalgia horror might strike a cord with some of these fans. 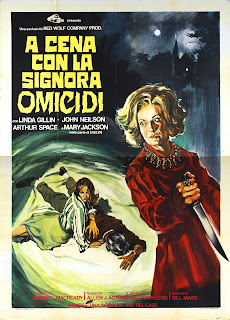