Rare 35mm screening of our most recent acquisition, THE BRUTE CORPS! We are doing a brand new HiDef master from the original negatives, and extras to follow! 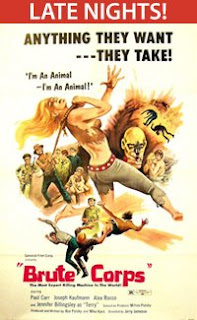 A group of traveling mercenaries set stakes in a small Mexican border town where they start up a training camp. These are some seriously bad dudes (as one unlucky biker gang finds out). The mercs come across a young hippie couple on their way to nowhere in particular. After spending some time with them one of the soldiers starts to take a liking to pretty young girl. When he makes his less than good intentions known, the other soldiers get jealous and are soon locked in vicious contest to see who gets to force himself on the unwilling captive. And it just gets weirder from there! An incredibly rare and rarely seen gem of early 70's trash cinema. NEVER RELEASED ON VIDEO!

Mark Sawicki supervises and brings his "monster" for one of our upcoming titles!

Mark Sawicki, a well-established spfx expert in Hollywood, was kind enough to come in and help us supervise a telecine of a cult monster film he did many years ago, and he even brought the monster with him! We found the only surviving 16mm elements of this 1980 monster film (it was shot in 16mm) and we did a new 16x9 widescreen 1:78 transfer (as requested by the director) mastered in Hi-Def! We will be doing an audio commentary with Mark, Chris Huntley, and the elusive director coming soon. We will also include 6 short films they have done in USC. This is a rare, cool 80's monster flick you should definitely check out. Don't be afraid. It's only a movie. We are shooting for a August 18th street date.
Posted by Code Red DVD at 7:49 PM 7 comments:

For July, Code Red brings you giallo, a coup, and a basketball!

In July, we will be releasing three very different films!

On July 14th, we will unleash to an unsuspecting public the first basketball slasher/comedy, NIGHT OF THE DRIBBLER! The DVD will feature an audio commentary with star Fred Travalena and HOSTEL producer Scott Spiegel, moderated by BEAT THE GEEKS movie geek Marc Edward Heuck. Other extras include an on-camera interview with co-star George Thomas, and the original trailer. MSRP is $19.98. 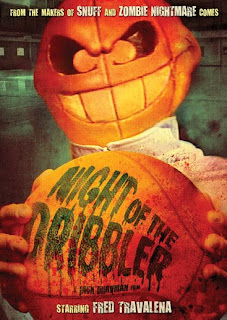 Then on July 21st, we will release the 1978 action-thriller POWER PLAY! This coup d'etat thriller stars Oscar winner Peter O'Toole, and cult stars David Hemmings, Donald Pleasence, Barry Morse, Alberta Watson, Michael Ironside and Dick Cavett, and was directed by award winner Martyn Burke. The film will be presented in 16x9 widescreen. Extras include an audio commentary by director Martyn Burke, an on-camera interview with co-star George Touliatos, as well as an original trailer. MSRP is $24.98. 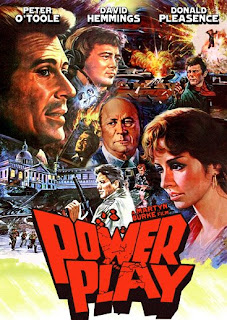 Then on July 28th, we will release for the first time on U.S home-video, the Italian giallo THE WEEKEND MURDERS. Starring opera star Anna Moffo, as well as Euro-cult stars Evelin Stewart, Peter Baldwin, and Gaston Mochin, the film will be presented for the first time anywhere in 16x9 widescreen at 2.35:1, and it has been mastered in Hi-Def! Also included are an audio commentary with star Peter Baldwin and HOSTEL producer Scott Spiegel, moderated by Lee Christian, as well as an on-camera interview with Baldwin, a still gallery, and the original trailer. MSRP is $24.98. 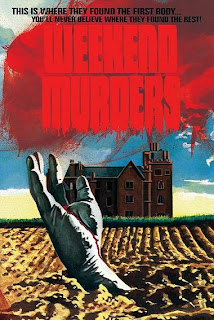 For August, we will have the U.S DVD debut of Brian Trenchard Smith's STUNT ROCK, as well as some more EXPLOITATION CINEMA double bills, including never before released Horace Jackson's DELIVER US FROM EVIL, plus FOX AFFAIR, and TEENAGE GRAFFITI, plus TEENAGE MOTHERS, and many more. Stay tuned!
Posted by Code Red DVD at 11:03 AM 16 comments: