Some screen shots from our new master for HAUNTED. 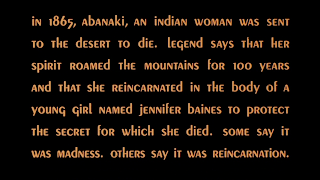 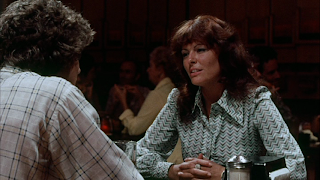 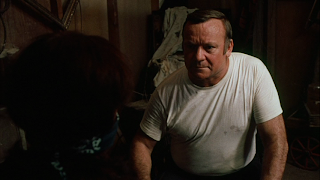 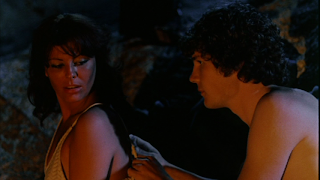 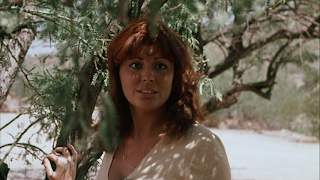 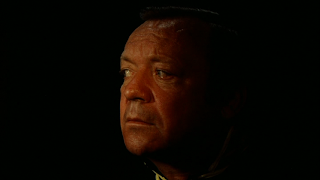 Here are some screen shots of our new HD 16x9 master for HAUNTED. We are scheduling an interview or two for this release. Once they are filmed and edited, we will be streeting this real soon, probably in July!
Posted by Code Red DVD at 1:29 AM 9 comments:

From DVDVerdict.... "We begin this year's list with a new tradition, honoring a studio or distributor that has gone above and beyond the call of duty in preserving films most mainstream audiences don't even know exist and could care less about. These are the anti-blockbusters from years past which hold a special place in the hearts of minds of true movie lovers. And to award this year's winner, I turn the podium over to Judge Tom Becker: "While Horror High: 35th Anniversary Edition, Madman: 30-Year Anniversary Edition, The Black Klansman, Death Journey, Stigma, and The Carrier would never warrant a place on a 10 Best List, together they are a unique and formidable group. Taking up the mantle that Something Weird Video seems to have dropped in favor of downloadables, Code Red has put out some killer special editions for films that might never see the light of day or would otherwise be relegated to the cut-out bin. These releases are genuinely fun, each one like a weird little surprise package. While the big studios so often lard their special editions with consumer-friendly, EPK-style supplements, Code Red is giving us bizarre and hilarious commentary tracks (Horror High, Death Journey), cool retrospective featurettes (Madman), interviews with lesser-known but still-interesting supporting players, "alternate" openings (historically important from an exploitation standpoint, as these films often played under various names), and the best trailer collections, usually with a self-mocking reference on the menu screen ("More Pointless Code Red Trailers"). Code Red has always added a little something extra to their releases, but this year -- particularly with Horror High, Madman, and the forthcoming Black Klansman -- they've really stepped up their game. And for that, we salute you!"

Get ready for A LONG RIDE FROM HELL 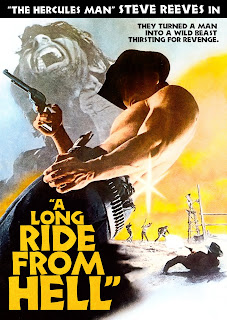 On 1/11, Code Red will present A LONG RIDE FROM HELL (40TH ANNIVERSARY EDITION)

When some badly dubbed bad guys rob a shipment of gold from a railroad company, Mike Sturges (Steve Reeves of HERCULES fame) and his brother are framed for the crime. Thrown into the hellish Yuma State Prison, the brothers are tortured and forced to work hard labor. The torture is so intense that Mike's brother ends up dead, nailed to a cross! Mike escapes from prison and goes after the bad guys who framed him, and to also settle the score against the prison guard (Nello Pazzafini) who was responsible for his brother's death. It's hot times in Yumatown tonight! The wild west will never be the same as muscles vs. pistols in this action-packed spaghetti western! Co-starring matinee idol Wade Preston, Rosalba Neri, and muscian Aldo Sambrell. A LONG RIDE FROM HELL, a classic european western, finally comes out in a deluxe edition with a brand new Hi-Def master!

CODE RED TAKES A DEADLY BITE IN "VAMPIRE AT MIDNIGHT" 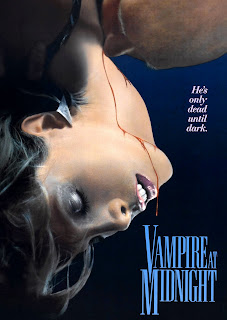 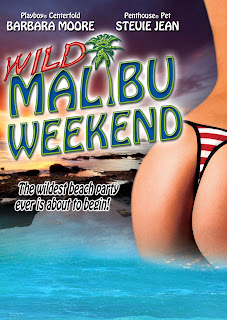 CODE RED recently acquired the 1988 horror film VAMPIRE AT MIDNIGHT for home video. The film stars the deadly villainous actor Gustav Vintas (remember this guy in Madonna's RESPECT YOURSELF video?) as a hypnotic vampire who is killing victims in Los Angeles. The film was released by CBS/FOX video back in the vhs days! In this acquisition, we also acquired the 1995 sex comedy classic WILD MALIBU WEEKEND!. The film stars Playboy playmate Barbara Moore, Shauna O'Brien and was co-produced by Grindhouse Releasing's own Bob Murawski (Oscar Winner, SPIDERMAN). More news TBA!
Posted by Code Red DVD at 12:12 PM 10 comments: