We at Code Red have been informed by MADMAN producer Gary Sales, as well as 'Madman' himself Paul Ehlers, that Tony Fish, who played TP in the classic slasher film MADMAN, unfortunately passed away last year. Fish had joined Sales and Ehlers, as well as the late Joe Giannone, on the audio commentary track for the first DVD release of "MADMAN" from Anchor Bay some years ago. We wish to send our condolences to his family and friends, and hope fans of the film will always remember his fun performance in the film. 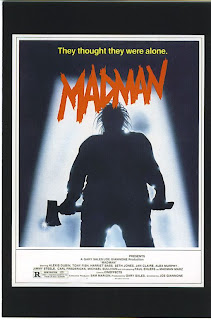