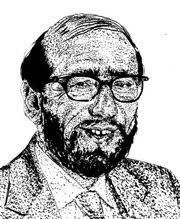 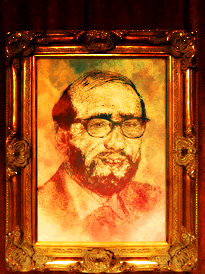 Code Red is sad to hear someone new on the block in the DVD industry have passed away. Larry Gold Sr, owner of the vhs label from United Kingdom called INTERVISION died in March following a massive coronary at his home in Thailand. No other news sites are mention this, nor mention his age, but we like to offer saddness and sympathy to a fellow brother in the DVD industry, All we know is that he leaves behind two sons and 850 films from his Solid Gold films LTD. We will post more news regarding his death and where you can send flowers to The Chancery of the Philippine Embassy, which is located along Sukhumvit Road. For those attending his funeral, please give us a report on his burial.
Posted by Code Red DVD at 9:01 PM 5 comments: 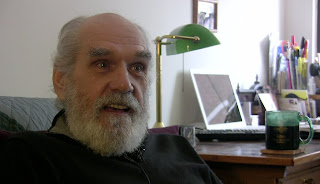 The creepy strange playboy killer William Metzo is still loose on the streets and has given us an interview for the MARDI GRAS MASSACRE dvd! Metzo talked about how he was cast, how cheap the film was, how much he enjoyed working with director Jack Weis, and many other things about the film...even the fortune cookie! This interesting interview is completed and will be featured on the upcoming dvd!
Posted by Code Red DVD at 9:18 AM 2 comments: 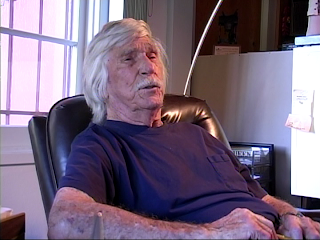 THE WITCHMAKER producer, great character actor and A BOY & HIS DOG director L.Q. JONES, didn't want our authorized release of THE WITCHMAKER to go out without an on-camera interview for the fans! We quickly rushed and got LQ JONES to sit down with us for a quick chat to speak directly to fans of THE WITCHMAKER regarding his views on the film. He even wanted fans of the film to write in and speak some criticism about the film! On release date, CODE RED and LQ JONES will take both your praise and complaints about the film on this blog! So chime in and let LQ know how you feel, and he'll respond! So keep on eye on our release date, and give your opinion on the film (good or bad) at that time, and converse with the legendary L.Q. Jones!
Posted by Code Red DVD at 1:17 AM 3 comments:

OLD NEWS FOR THE MUTILATOR (for people who forgot)

There have been some 2ND hand statements and slanderous lies posted on few message boards regarding CODE RED and the motion picture THE MUTILATOR. Here is the truth once again to set the records straight.

(1) CODE RED has a valid contract with Buddy Cooper on the film.

(2) Mr. Cooper told us that he had the negative and prints in New York, but later we realized that the place was gone. Buddy used his assistant to search for it, only to come up empty handed.

(3) Buddy did find a 3/4 inch tape (I recall the R cut), but this is unusable for today's standards for a DVD release. 3/4 will look worse than your old VHS Vestron Tape and most likely will not play since it has had a 15 year lifespan.

(4) A youtube video poped up with Buddy showing a storage shack with some 35mm cans in the background. I talked to Buddy and he told me it was empty. He did find some trims and some trailers which we sent to a Los Angeles lab (the one Something Weird used). The 35mm trailer was damaged due to poor storage/weather conditions after 25 years. If there had been a 35mm print inside, it would most likely also be damaged/beyond repair.

(5) Rumor circled around that Movielab New York had the negatives. Cliff MacMillan of BCI personally asked Mike Vraney of Something Weird and he didn't have it. It was not at Movielab. Since then, many print collectors and film storage people were contacted. Nothing.

We can't understand why so many people spew slanderous lies about us regarding this film. We have mentioned these facts countless times, but it seems we might have to put this bulletin out once a year. If Buddy has a 35mm usable print, he never told us or delivered it to us. This is the 2011 bulletin. Come back next year to probably see the same bulletin all over again. This is what we have on the table, nothing else.
Posted by Code Red DVD at 2:38 PM 18 comments:

Producer L.Q. JONES and director of photography JOHN MORRILL record an audio commentary for THE WITCHMAKER! 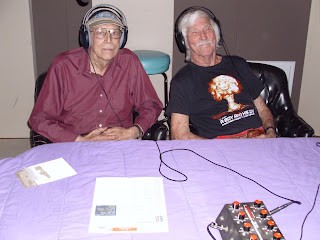 We were pleased to have cult actor/director L.Q. JONES (A BOY & HIS DOG) and director of photography JOHN MORRILL (THE BROTHERHOOD OF SATAN) participate in an exclusive audio commentary track for THE WITCHMAKER . This commentary track will be on the upcoming DVD release from CODE RED that will be out on 07/05. L.Q. and John talked about how the film was made, including many stories about the director, and some behind the scenes and production problems that were encountered on the film. We invite all cult movie fans to listen along when THE WITCHMAKER has its first-time authorized release!
Posted by Code Red DVD at 7:56 PM 11 comments:

are sad to inform fans that THE LAST CHASE dvd has been temporarily recalled due to an error in the authoring by the new authoring house we just used. Any discs that may have been mailed out will be destroyed and new corrected ones will be pressed soon. We know there is a good chance that some opportunists will jump in garbage cans and try to to sell any defective discs they can find as some sort of collectible, but we stongly urge buyers not to buy the recalled version of this disc as it is simply a poorly authored product. The problem is that the audio was 3 seconds off and out-of-sync, so it's like watching a badly dubbed film with the mouths not matching the dialog. The error by the place was not caught on time, unfortunately, but is now being rectified for the quality final release version. Absolutely nothing will be left off or changed on the corrected pressing, except that the film willl be properly synced. So no worries. THE LAST CHASE will speed into your town soon, though, in-sync this time, and revved up for full-time action! We will post the new street date soon - it won't be long. Sorry for the inconvenience.
Posted by Code Red DVD at 9:11 PM 15 comments: