DAY AT THE BEACH to be screened at Grand Illusion

Starting this Friday, for one week, Seattle's great Indie theatre The Grand Illusion in conjunction with Code Red, will be running the lost Roman Polanski film A DAY AT THE BEACH. Please support the Grand Illusion by checking out this lost Polanski film!
Here is more info from their web site.

DAY AT THE BEACH

U.S. Theatrical Premiere !Written, produced and edited by Roman Polanski
Bernie is a shiftless, alcoholic wanderer. One day, along with a young polio-stricken girl named Winnie, he comes upon a seaside resort community. As he stumbles about the town becoming progressively drunker, Bernie interacts with the town's cast of strange characters (including Jack MacGowran, Fiona Lewis and Peter Sellers in a brief cameo). Never released theatrically in the U.S. and considered "lost", this ultra rare Roman Polanski produced and penned oddity has been screened only once before at a Chicago film festival in the 80s. Our friends at Code Red DVD unearthed this obscure cinematic gem and we proudly present to you!

review from THE STRANGER
http://www.thestranger.com/seattle/Content?oid=303376

review from THE SEATTLE TIMES

review from SEATTLE P.I
http://seattlepi.nwsource.com/movies/329684_limited31.html
Posted by Code Red DVD at 12:11 AM No comments: 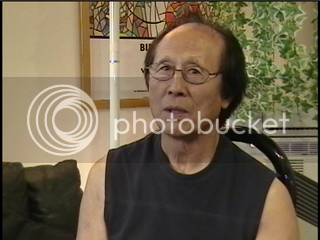 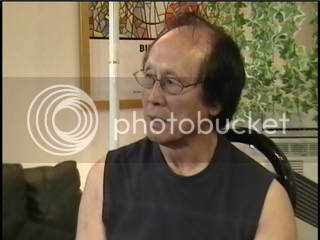 Martial Art superstar Leo Fong gave Code Red not only a very revealing audio commentary to his martial art film TIGER'S REVENGE, in which he points out the difficulties of shooting in the Phillipeans but also talks about the whereabouts of Darnela Garcia, but also gave us a on camera interview in which he denounces the popular brief that was started by Aaron Banks that the touch of death (vibrating palm) killed Bruce Lee, and talks about Ron Van Clief wound up starring in BAMBOO TRAP over MANDINGO, and also talks about racism he encounters as a young man in texas, and how despite many health set backs, he still feels great at the age of 79. It is a must see/listen for any true old school martial art fans.

Some screenshots of our up coming THE DEAD PIT

Here some screenshots of our up coming release of THE DEAD PIT, we did a brand new 16x9 master! Initially, we were worried the original IP was the butchered R version, but good news! It is uncut! The version that had to be cut to avoid an X rating will make it's U.S home video debut thru us! All those gory brain operation and the icepick lobotomy sequences, as well as munching by the zombies will be seen in its uncut glory! As you know, the late Jeremy Slate was kind enough to give us not only an on camera interview for us, but he also recorded a commentary track with director Brett Leonard and producer Gimel Everett six month prior to his passing, so this DVD will be dedicated to Jeremy Slate.
Posted by Code Red DVD at 12:53 PM 3 comments:

some screenshots from our up coming TEENAGE HITCHHIKERS 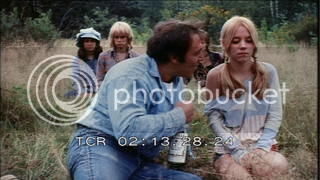 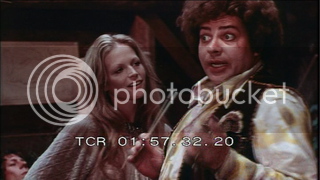 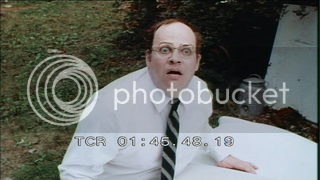 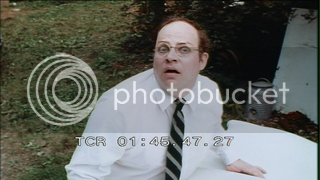 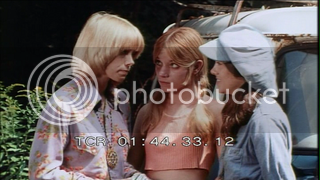 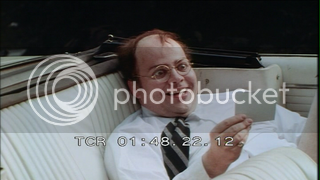 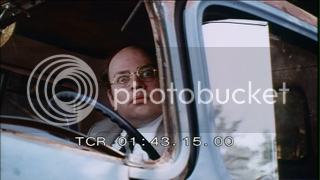 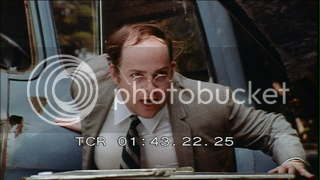 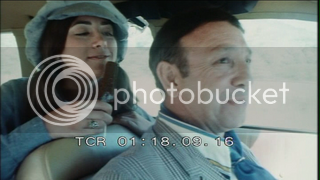 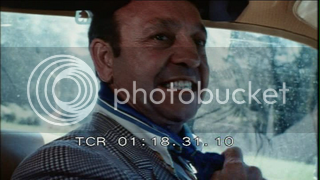 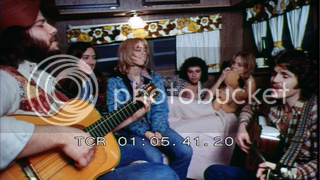 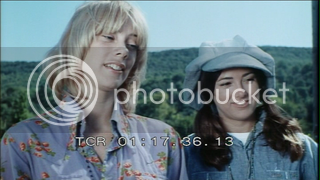 TEENAGE HITCHHIKERS, which was a smash hit at the QT fest, as well as at the Alamo Draft House, is getting it's first U.S home video release (it was never available on video here) via Code Red! We just did a brand new 16x9 widescreen telecine from the IP, this is a fun little movie from the 70's, we did a commentary track with the DP, Bill LaMond, moderated by film historian Jeff McKay, so we hope you'll enjoy it!
Posted by Code Red DVD at 8:24 AM 1 comment:

updates on NIGHTMARE from the DVD supplement producer Lee Christian

To all those awaiting release of Romano Scavolini's "Nightmare".

On behalf of Code Red DVD, it's my pleasure to thank all of you for your interest in our eagerly awaited release of this highly controversial film. In response to your recent emails, I'd like to touch on some the points of interest that seem to have generated great concern over our handling of the film.

First, let's address the source of the transfer. The source is indeed a 35 mm release print. Why? Start by asking long-time DuArt lab technician and "Nightmare" co-editor Jim Markovic. Mr. Markovic's extensive resume cannot be summed in a single sentence, so we'll merely sum up that which is most obviously relevant. From editing trailers for some of the most memorable films of the 42nd Street grindhouse era to his work with Scavolini on both "Nightmare" itself and 1989's "Dog Tags," Mr. Markovic now works for DuArt Labs.

In 1980, Markovic was hired by Scavolini to work as an assistant editor on "Nightmare." When Code Red acquired the DVD rights to the film, we had access to the original negative which had been stored improperly for more than two decades. Knowing that Markovic had worked on the film and -- even better -- was now an employee of DuArt Labs, we brought the negative to him hoping that he could assist us in the restoration process.

Unfortunately, more than two decades of improper storage had imposed an irreversibly fate. Plagued with mold, crinkling, and years of water damage, the negative had suffered damage beyond repair. Markovic will attest to this in an interview in our DVD of "Nightmare." Without a useable negative with which to work, we had no choice but to turn to the best possible known source; a theatrical release print which is actually a composite of the best reels of seven release prints known to exist. While this source definitely shows wear, it's the best source available and we are in the process of digitally cleaning it up for the DVD release.

As for the aspect ratio, indeed the film was projected at the 1x1.85 aspect ratio in its theatrical release. However, it was shot full aperture as evidenced by the existing release prints. Despite ongoing debate on the internet about how the aperture was set back in 1980 when Scavolini shot the film, the simplest confirmation comes from simply looking at the film elements themselves; there is no 1:1.85 matting. Period.

Furthermore, having already released other letterboxed titles (such as "The Forest" and "Devil Times Five" and the up coming "Sole Survivor", "Teenage Hitchhikers", "The Dead Pit", "The Visitor", "Beyond the Door" and "Hot Moves" etc), why would we deliberately choose to crop an 35mm print matted to 1:1.85? Where's the logic in that? If you have an answer to that, swing it our way. It would be quite amusing to read. For the record, Mr. Markovic will also attest to the film's aspect ratio in our interview with him.

Our choice to transfer the full frame image is consistent with the logic applied by George Romero in the Anchor Bay releases of "Martin" and "Night of the Living Dead," Frank Henenlotter in the DVD release of "Basket Case," and even Stanley Kubrick's preference for this format in the DVD releases of "The Shining" and "Eyes Wide Shut." Our own releases of "Doom Asylum" and "Don't Go In The Woods" were released as full frame for the same reasons, with director approval and supervison in each case.

Doing so, however, would compromise some key images, most specifically the beheading of the prostitute in the flashback scene. We feel that this showcase of the film's most incredible effects work deserves full exposure for the film's most devoted admirer's. THIS is the reason for our choice to do the film justice by giving it a full frame release.

Other films that have lost such integrity in their DVD incarnations due to letterboxed matting include the Anchor Bay DVD release of "Fade To Black," in which a shower scene loses the exposure of Linda Kerridge's breasts and the same company's release of "Mischief," in which Kelly Preston's pubic hair is lost due to matting.

As for missing scenes, obviously we would include these if we could confirm A) their current where-abouts and (most importantly), B) whether or not they were shot to begin with. Scavolini has only confirmed that one such missing scene was ever shot: A scene in which he cameos as a psychiatrist. Romano suspects that this was most likely destroyed after all the film's negative trims were trashed.

Beyond that, Baird Stafford, who plays George Tatum in the film, informed us that most effects scenes were shot two ways: One version for the American release (which all involved thought at the time would end up with an R-rating) and a gorier version originally intended for European audiences. On that note, a last minute choice was apparently made by the 21st Century, the American distributor, to forego an R-rating and release the film unrated. (Although in 1983, a cut version was eventually submitted to the MPAA and successfully secured an R-rating. According to Markovic, however, this R-rated version contained no new footage; it was merely a cut version of the unrated version. In our search, we haven't come across any prints of this R-rated version.

Rumors of additional missing scenes have none the less persisted on the internet, but our investigation of their very existence has been based on the following: The surviving film elements, and the testimony of those involved; Romano Scavolini himself, Baird Stafford, and make-up effects artist Cleve Hall. Our conversations with Romano, Baird, and Cleve have all elicited the same response: NONE of them recall anything other than the psychiatrist scene ever having been shot. these rumored scenes ever having been shot.

All of these participants (ROMANO SCAVOLINI, BAIRD STAFFORD, CLEVE HALL, JIM MARKOVIC, WILLIAM MILLINGS, MIC CRIBBIN, WILLIAM PAUL) have been very generous with us in the DVD release of "Nightmare" and we can only take them for their word when they tell us they have no memory of any other missing scenes having been shot. We've also spoken to actor/unit manager Mic Cribben, but he maintains that he has very little memory of the film at all, let alone what scenes are missing. All of the film elements that we've uncovered are consistent with the 1983 VHS release by Planet Video.

In closing, we hope that you enjoy the release of "Nightmare" as much as we've enjoyed the labor of love it has become. We look forward to giving it's fans the most comprehensive release it's been allowed to have with extras that will provide some fascinating insight into the making of this film.

Screenshots of our up coming DVD of HOT MOVES

Here are some screenshots of our up coming DVD of HOT MOVES. We just finished a brand new 16x9 telecine of it, and hope many fans of the 80's teen comedies will be looking forward to the release. We are planning an audio commentary with director Jim Sotos and if schedule permits, the star Micheal Zorek!
Posted by Code Red DVD at 1:23 AM 3 comments:

Some screenshots from our up coming release of THE FARMER 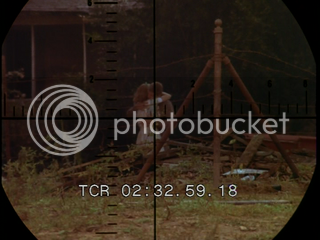 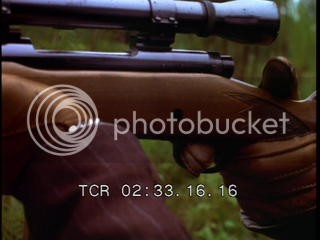 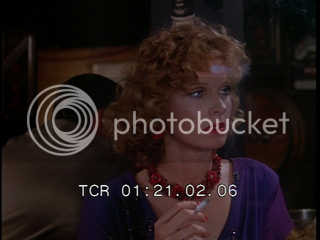 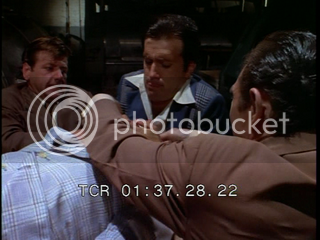 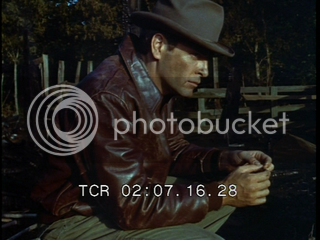 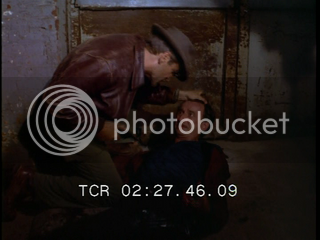 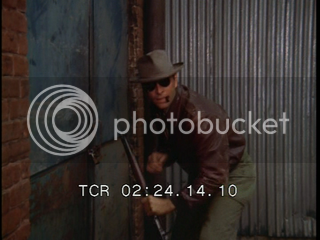 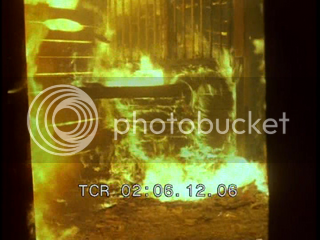 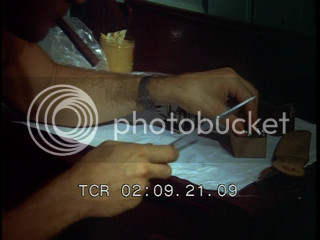 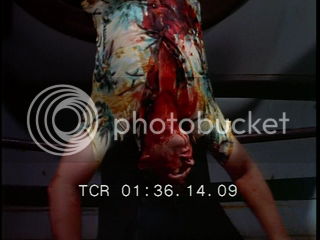 Here are some screencaps of our highly anticipated release of the 1977 Columbia Picture title THE FARMER! Hope this gives a taste of the brutal excitment THE FARMER delivers! Remember, The Farmer does not get mad, he gets even!
Posted by Code Red DVD at 12:14 AM 11 comments: