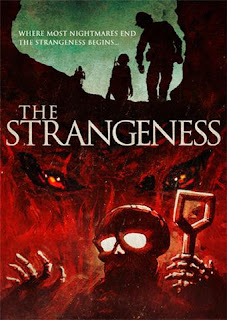 On August 18th, Code Red DVD will unleash THE STRANGENESS! It is 1980 and the price of gold is soaring. Old timers warn would be prospectors to stay away from the Gold Spike Mine. It has stood as a ghastly reminder of the horrors of a century before when the earth violently shook and over twenty miners were killed, their bodies stripped of flesh. The residents of Basin City talked of the grisly murders only in whispers from which legends of The Strangeness grew. A small group of explorers innocently make their way to the Gold Spike. Only one knows the incredible secret of the mine, and here the nightmare begins.....!

NIGHTMARE USA's Stephen Thrower described the film as having, "Ominous atmosphere, flashes of humour, and a truly startling monster!"

Shot in 16mm, Code Red presents the film in 16x9 widescreen (as requested by the director) from a HiDef master. Extras include 6 short films from Chris Huntley and Mark Sawicki; audio commentary from Sawicki, Huntley, and the director; on camera interviews with all three; and an extensive still gallery. MSRP is $22.98.
Posted by Code Red DVD at 2:05 AM 14 comments:

We have changed the streetdates for some of our announced titles. TRAPPED will now come out on 8/4, and THE WEEKEND MURDERS will be released on 8/11. CHOKE CANYON has been postponed due to poor pre-book, and NIGHT OF THE DRIBBLER has been pushed back to later this year, as has POWER PLAY.
Posted by Code Red DVD at 11:10 AM 32 comments: 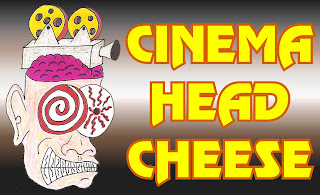 Comedy troupe CINEMA HEAD CHEESE, led by 42nd STREET FOREVER creator Jeff Dolniak and comedians Kevin Moyer and David Hayes, recorded a comedic commentary for 3 of the EXPLOITATION CINEMA titles from Navarre. You can hear them destroy DON'T GO IN THE WOODS on the double bill DVD with THE FOREST, as well as see them make mockery out of TEENAGE MOTHER on the TEENAGE GRAFFITI double bill. They are also on the upcoming SUPERARGO disc.