Legendary MANIAC director William Lustig and HOSTEL producer Scott Spiegel joined director Jim Sotos for the audio commentary track for Sotos' film FORCED ENTRY! The lively commentary is full of illuminating ancedotes and stories about the making of this 70's sleaze-horror classic. Thanks Bill and Scott for joining in! We're sure fans will enjoy this enlightening track when the film hits DVD through Code Red! We also created a new intro logo for our label which we hope will please our loyal fans! Much more to come!
Posted by Code Red DVD at 9:19 AM 1 comment:

Juliet Mills was kind enough to participate in a commentary track for BEYOND THE DOOR, as well as a on-camera interview with us, and here are some photos of her, along with moderator Lee Christian, celebrity guest stars HOSTEL producer Scott Spiegel and film historian Darren Gross. They had a blast doing the commentary, and here are some pics of the event that was taken by Lee Christian.

Code Red DVD has recorded an incisive and enlightening commentary track for the 1983 eerie horror classic SOLE SURVIVOR (a film that seemingly inspired the 'FINAL DESTINATION' films some 18 years later). Executive producer Sal Romeo and producer/lead actress Caren Larkey participated in this new commmentary track, coordinated by film director Jeff Burr of "LEATHERFACE - TEXAS CHAINSAW 3" fame as well as moderator Jeff McKay.
\
Stay tuned for more information on this scary and highly anticipated DVD release of "SOLE SURVIVOR". If you're already dead, then there's no problem here!
Posted by Code Red DVD at 9:28 AM No comments: 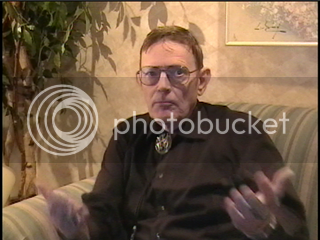 Baird Stafford, who plays the lead in NIGHTMARE, was kind enough to fly all the way from the East Coast to share his memories and thoughts on an on-camera interview, as well as an audio commentary for our upcoming release of NIGHTMARE. Baird had many, many good memories of the film, and gave us over an hour's worth of on camera interview!

In the commentary, Baird was joined by the make up artist Cleve Hall who did the bulk of the make up effects, and he and Baird end all the urband legends regarding some of the myth surrounding the film. (There were NO six different endings shot,there was no shot of the 16 year old girl being killed, etc)

The commentary was hosted by Lee Christian and moderated by filmmaker David DeCoteau who stepped in the last minute when the original moderator Sage Stallone was unable to attend due to last minute schedule changes. Thanks Baird! Thanks David and Cleve! Stay tune for more updates!
Posted by Code Red DVD at 9:27 AM No comments:

We'd like to thank Rebecca Balding and Ken and Jim Wheat, who joined us for an on camera interview, as well as an audio commentary for the upcoming DVD release of SILENT SCREAM. They answered many questions regardng the film including many behind the scenes stories, and about how the film was reshot, etc. And, of course, they spoke highly of director Denny Harris, who passed away last month. Rebecca also had great stories to share about THE BOOGENS! Thanks Rebecca! 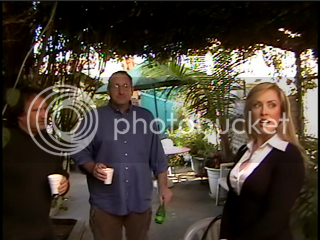 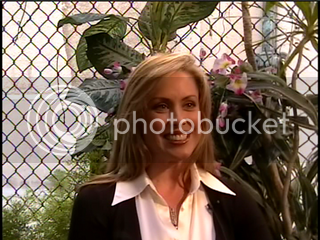 Paige Conner was kind enough to fly from the east coast to give us a nice on camera interview, as well as join noted cult horror directors Jeff Burr and Scott Spielgel for a commentray track of this film. As you can see from the pics, Paige has grown up to be a gorgeous woman, and we hope all VISITOR fans will enjoy her thoughts in our upcoming release.
Posted by Code Red DVD at 9:30 AM 2 comments:

The on-camera interviews as well as the commentary track for THE HAZING is completed. It was very kind of Jeff East to fly all the way from the East Coast to join the director Doug Curtis, and co-stars David Haywards and Jim Boelson for the interview and to participate in the commentary. Here are some pics from the event (with CODE RED's Lee Christian).
Posted by Code Red DVD at 9:15 AM No comments: 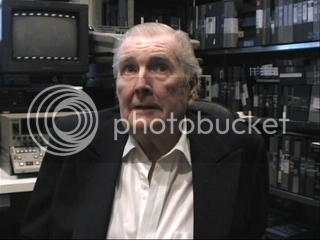 Tom Ward, still healthy at the age of 90, gives Code Red an exclusive interview regarding 21st Century Distribution, about their big hit NIGHTMARE, and other films released by 21st Century. Thanks Tom!
Posted by Code Red DVD at 9:34 AM No comments:

We recorded the BOARDINGHOUSE commentary as well as an on-camera interview with John Wintergate along with his wife Kalassu awhile back, here are some pics from that session. They brought their daughter, recording artist Shanti with them, as she joined in on the commentary as well as Shanti's husband! Enjoy!
Posted by Code Red DVD at 9:13 AM No comments:

The great Alex Rebar, who was generous enough to grant us a on camera interview for our up coming BEYOND THE DOOR DVD, as we also discussed his role in THE INCREDIBLE MELTING MAN, and his work on TO ALL A GOODNIGHT, TERROR ON TOUR as well as his current music career! Thanks Alex!
Posted by Code Red DVD at 9:07 AM No comments: